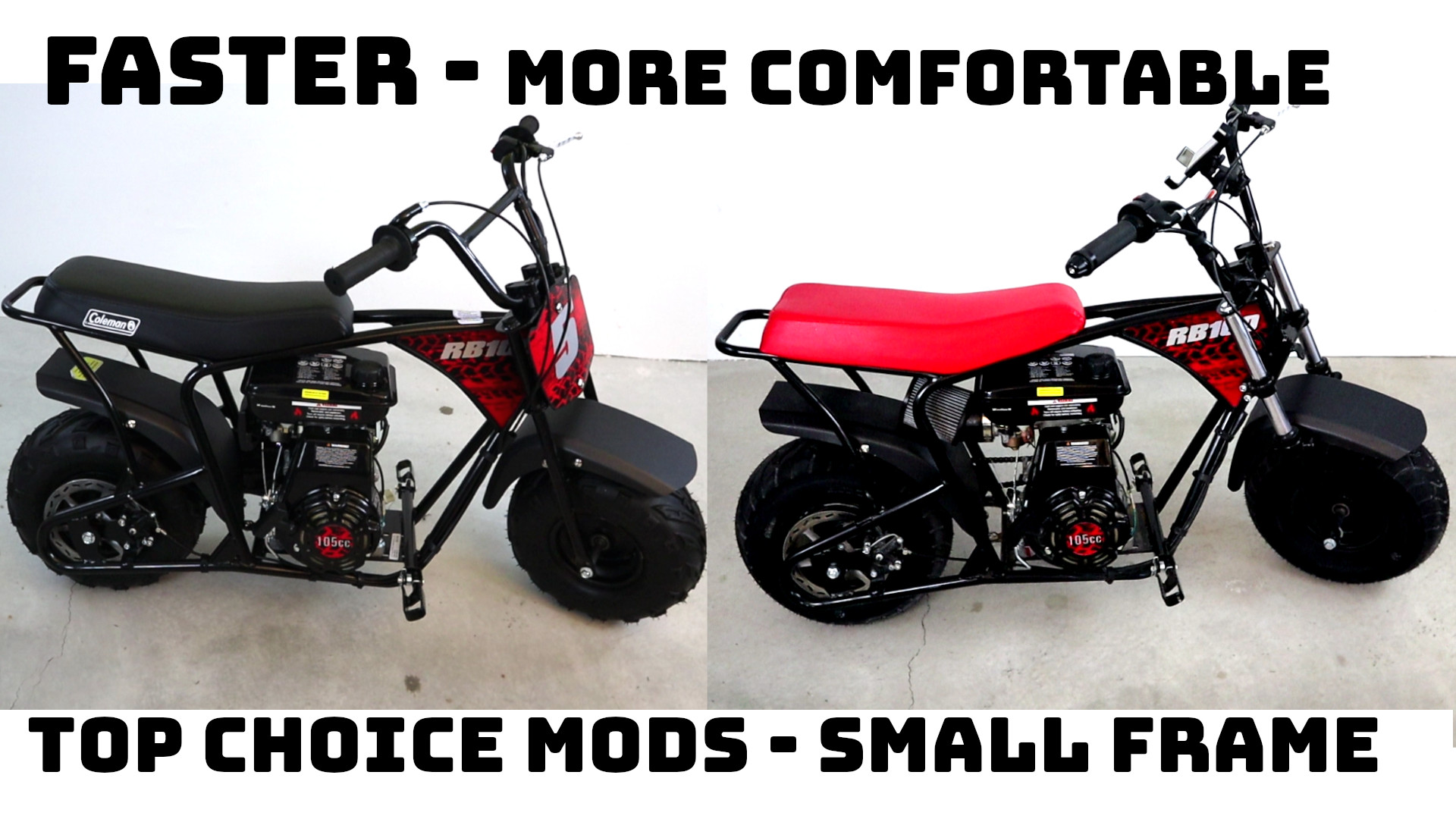 After trying out a lot of performance mods with a lot of people both adults and kids mini bike, this is my top mini bike accessories and mods list for the Coleman RB100 mini bike and ALL similar frames such as the RB100 same as RT100 the MMB80 and mmb105 the coleman CC100x and CT100u and even the motovox without engine swap to predator.

These kids mini bikes from walmart updates fit many mini bike frame builds AND tested by an adult who is 6′ tall and weighs just under 200 lbs!!!. This mods and performance mods list can work on large mini bikes but mainly my riding list for mini bikes like the Coleman RT100, the RB100, cc100x, mega moto mmb80, mmb105, mototec, motovox, and more!

This is the Coleman RB100 mini bike, the same frame as the rt100 mini bike for mods. The mini bike frame is very similar to the mega moto mm-b80 and mm-b105 mini bikes but I have been noticing things are a little different between frames. The hubs are slightly more narrow on one, the seat is a little differently positioned on bolt pattern, the front forks have minor differences to the fenders. I have tried quite a few parts and even had a temporary swap for a 212 engine, but the added torque was deterring many people from riding this mini bike.

With a top speed for some smaller riders around 40 mph, and not pushing them into an immediate wheelie, this was more than plenty for a lot of people. I have the Coleman RB200, larger mega moto mini bikes, the BT200x and … well… more for the big torque. For the smaller mini bikes such as the Motovox or MotoTec size, I’m keeping this as my top pick. The performance mods I’ve got on here push this mini bike to a very enjoyable level. It’s a nice step up on mini bike performance!