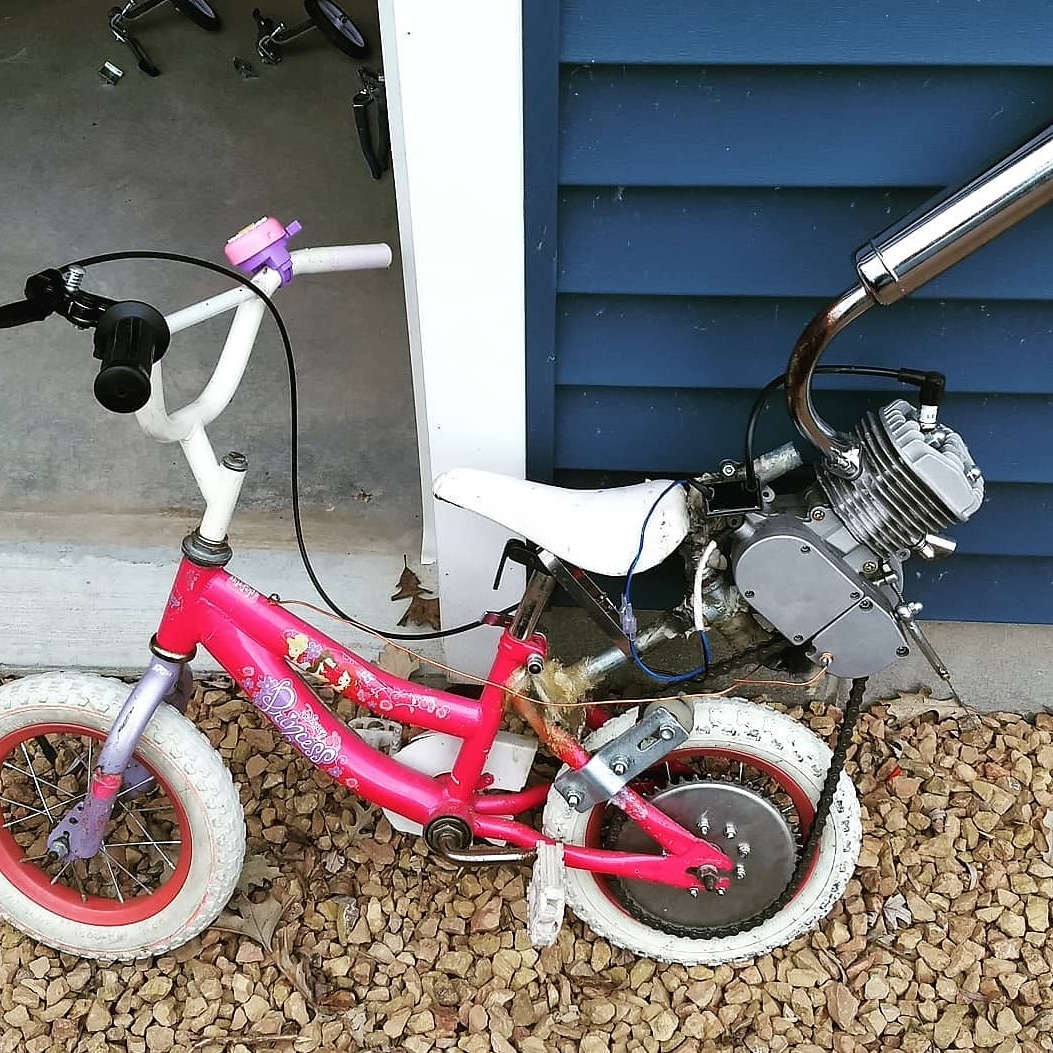 I ended up having a little fun in building and doing a few performance mods with this little 80cc bike engine kit I got off amazon. Probably the most uncomfortable ride, I melted a sweatshirt, and I broke the bike I don’t know how many times but it was a BLAST!

Top speed on an 80cc bike engine ended up being about 17 mph in this recording, but after gear changes this sucker flew! Only problem is, I never install brakes! In the end, I ended up scrapping my little home made motorcycle and started collecting other mini bikes. Now, I’m up to over 9 motorcycles and loving it!